Summer Solstice – 2017 is usually better known as the “longest day”.  And there really isn’t any better place to enjoy it than Parowan Gap. The three-mile-long pass near Parowan, Utah which connects the Parowan and Cedar Valleys, is a classic example of a wind gap – an unusual geological landform marking where an ancient river has cut a 600-foot-deep notch through the Red Hills.

The many years of archaeological and geological research that continues today, verifies human occupation for at least 12,000 years or more.  There is little question that the earlier Archaic peoples made us of the easy passage provided by the Gap and probably produced some of the petroglyphs.  Most researchers, however, maintain that the great majority of the Parowan Gap figures were created by the Fremont peoples. 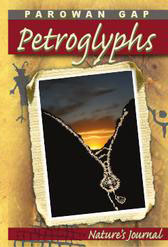 While you’ll see over 90 panels and 1,500 figures, some possibly dating back almost 5,000 years, the most notable of these geometric forms is the “Zipper Glyph”, generally the first glyph you see along the main panel just west of the parking lot. In 1990, archaeoastronomy research Nowell L Morris, and archeologist Garth Norman, began a ten-year study of the Parowan Gap petroglyphs.  Their finds concluded that some of the Gap petroglyphs are solar and lunar calendars.  They believe that when American Indians came to the Gap, they discovered that Mother Nature had provide them with a natural solar and lunar calendar system with outcroppings and shadow markers.  They believe that Parowan Gap is a one of a kind phenomenon even more unique than Stonehenge because it is a naturally formed structure rather than man made.

Morris and Norman found that the outline of the “Zipper Glyph” conformed to the contours of the Gap and its surrounding mountain features.  Based on this new information and using solar engineering technology, the team discovered a series of Cairns (rock monuments) along the valley and foothills on both sides of the Gap opening Each of these cairns is in direct alignment with the Gap opening.  They believe that one can observe the rising and setting of the sun through the middle of the Gap opening.  The tick marks, which make the glyph look like a zipper, could be interpreted as being individual day marks.  Like a map, you can follow the count down from summer to harvest time, back through fall, up to winter and on to spring in time for planting.  The two dangling antenna-like lines at the bottom of the Zipper indicate two rock cairns where one can stand to watch the Summer Solstice.

All times are in Mountain Time.