This is the 3rd year we’ve invited or been invited to share a weekend of rockhounding between the Southern Nevada Gem and Mineral Society (SNGMS)and Southern Utah Rock Club (SURC).  From Tonopah, NV to Burro Creek Arizona, meet-ups in Quartzsite to hunting agate and Septarian Nodules, we’ve made new friends and learned from each other. 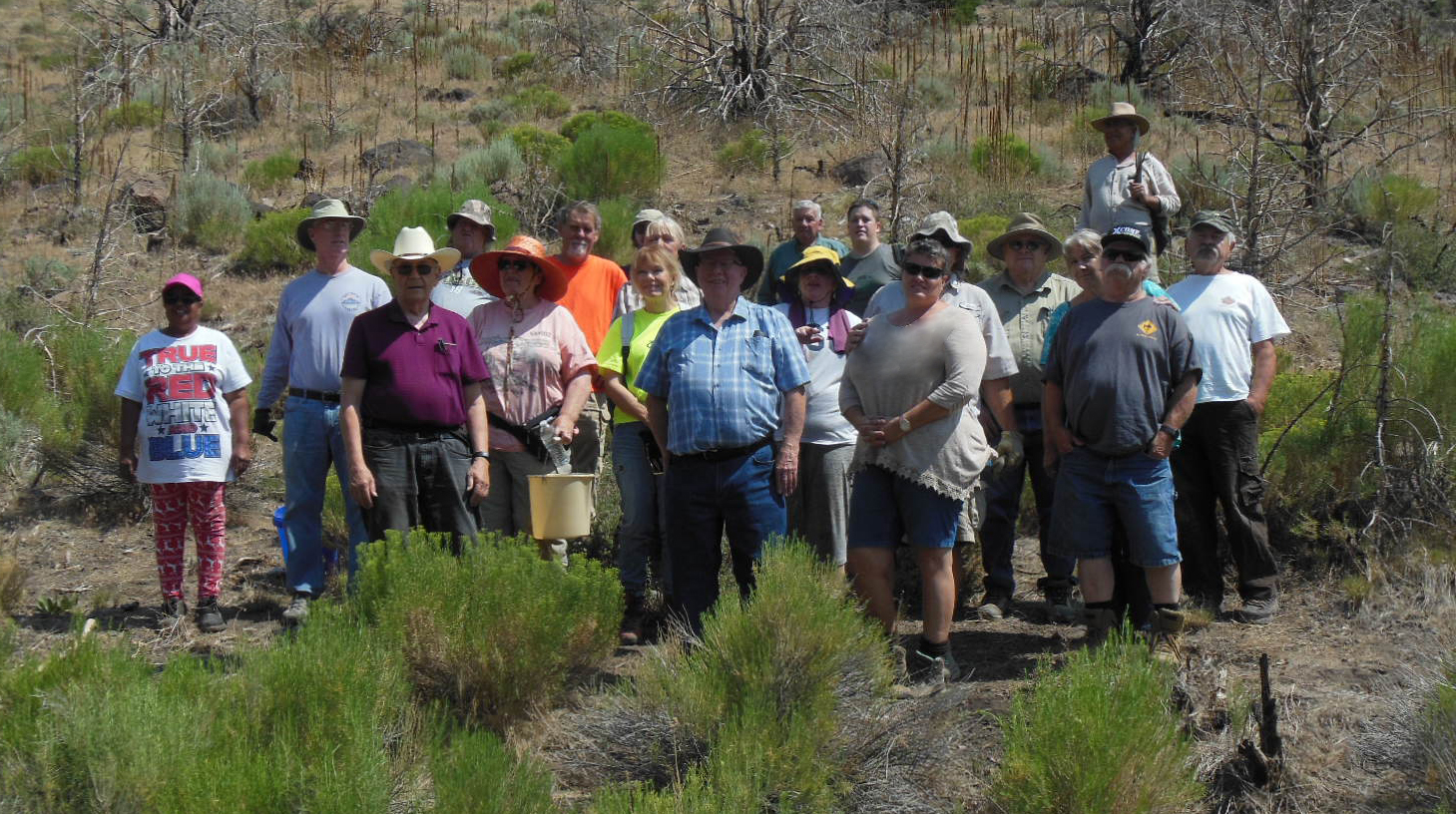 This past weekend we hosted SNGMS in Cedar City, starting with meeting members at Bowman’s Cowboy Kitchen for dinner.  I had made reservations for 6 @ 5:30 PM.  Our table was ready, and we had an experienced waitress.  It was fun to just sit and chat for a change.  They all came to the house to pick up supplies Tracy had acquired for them and received supplies they had brought to him. Price and availability have made for some great swaps.

A planned 6AM start for us turned into a few hours back in bed for me with a heat headache.  Meanwhile, Tracy escorted 12 other carloads of “hounders” to the agate bed on BLM lands just east of the highway.   They picked me up on the way to Parowan for a last stop and then up the mountain.

The wildflowers at Brian Head were spectacular.  There were three different Penstemons (purple Markagunt, pink Palmers, and red Firecracker) and Little Sunflowers blanketing the meadows and hillsides.  Nice to have them blooming as the smoke from nearby fires obstructed the valley views (but it was a little cooler). 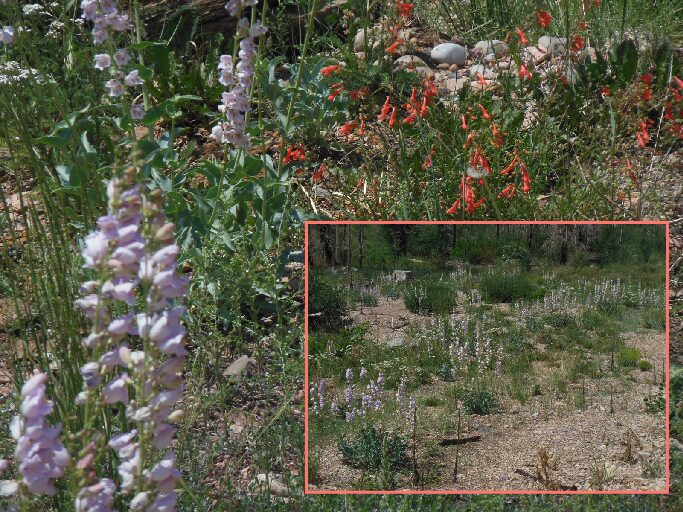 We ventured past Panguitch Lake to Hatch Mountain Road where agate was gathered from the hillside past the wild-camping area.  A break for lunch and storytelling, the group chose Mandarin’s over Puerto Villarata (who refused to take a reservation).  After Hatch Mtn. Rd and Bunker Creek, we all went our own ways.  When I called for reservations at 3:30, there was no hesitation.  They were happy to have all 16 of us, even with the annual car show going on.  Good food, good service, good company. 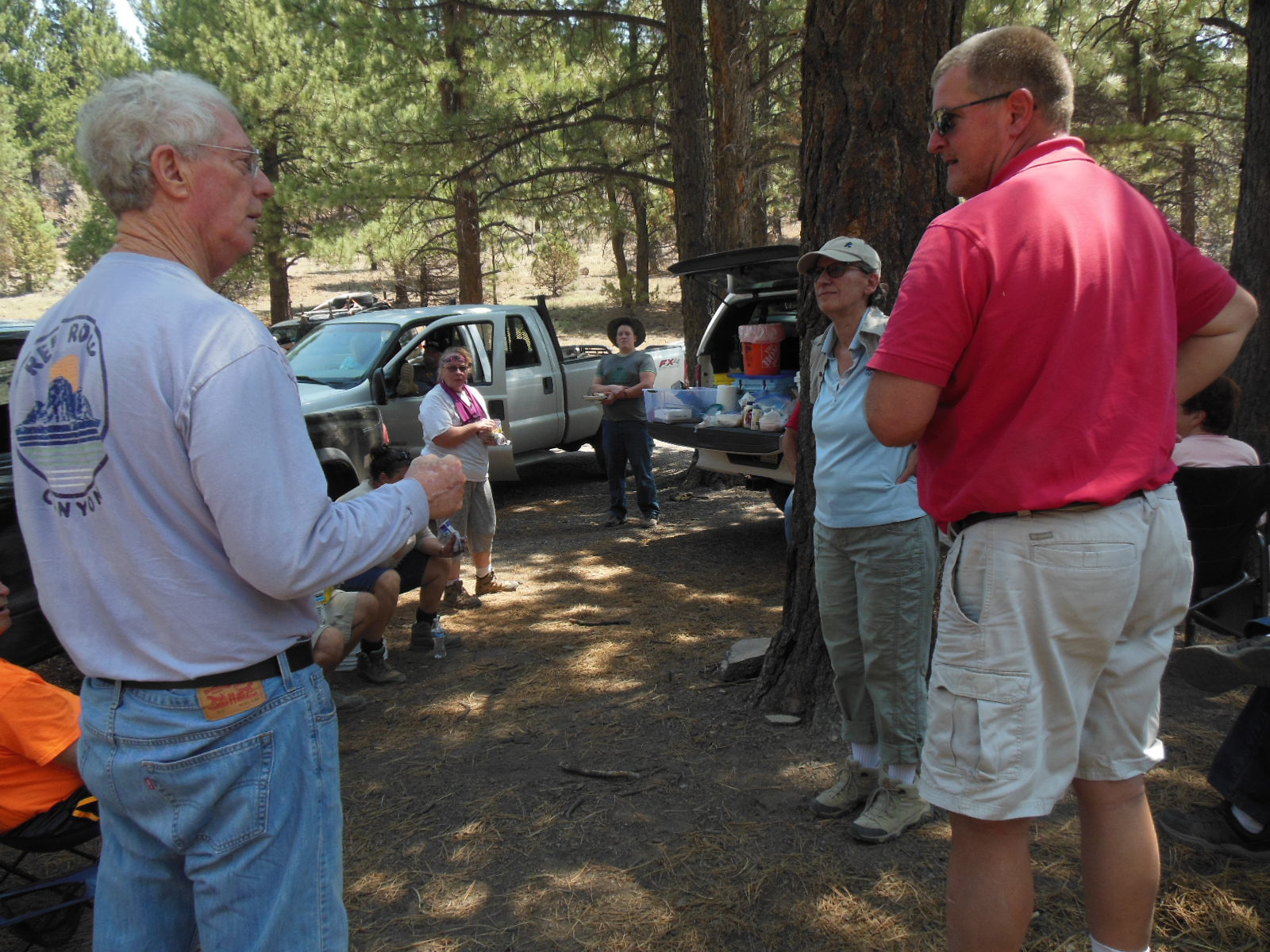 Sunday brought out 10 of the previous days’ 12 cars, and Theron joined us from SURC. He rode with us and was a great opportunity for us to catch up.  He reminded us that several years ago Peggy Sue invited members of SURC to join the SNGMS members at their mining claim.  And we’ve been meeting up and sharing ever since.

Our destination for Sunday was the Septarian Nodule mud hills around Centerville.  It was extremely hot, but all gave it a try and found some pieces to work with.  Our caravan followed each other out of the area and many left for home.  By the time we got up and out, shut the gate and made sure everyone got out it was almost noon and 105 degrees.  We were ready for a cool car, a hot dog, and a run home.

A quick stop at the junction market for a hotdog and drink and then Brian Head for some flower photos, we were back by 2PM.  As with most outings, there are always a few hiccups when your caravan has 10-12 cars.  And sometimes it is a challenge to find parking for everyone, but based on comments and thank yous’ most everyone had a good weekend. 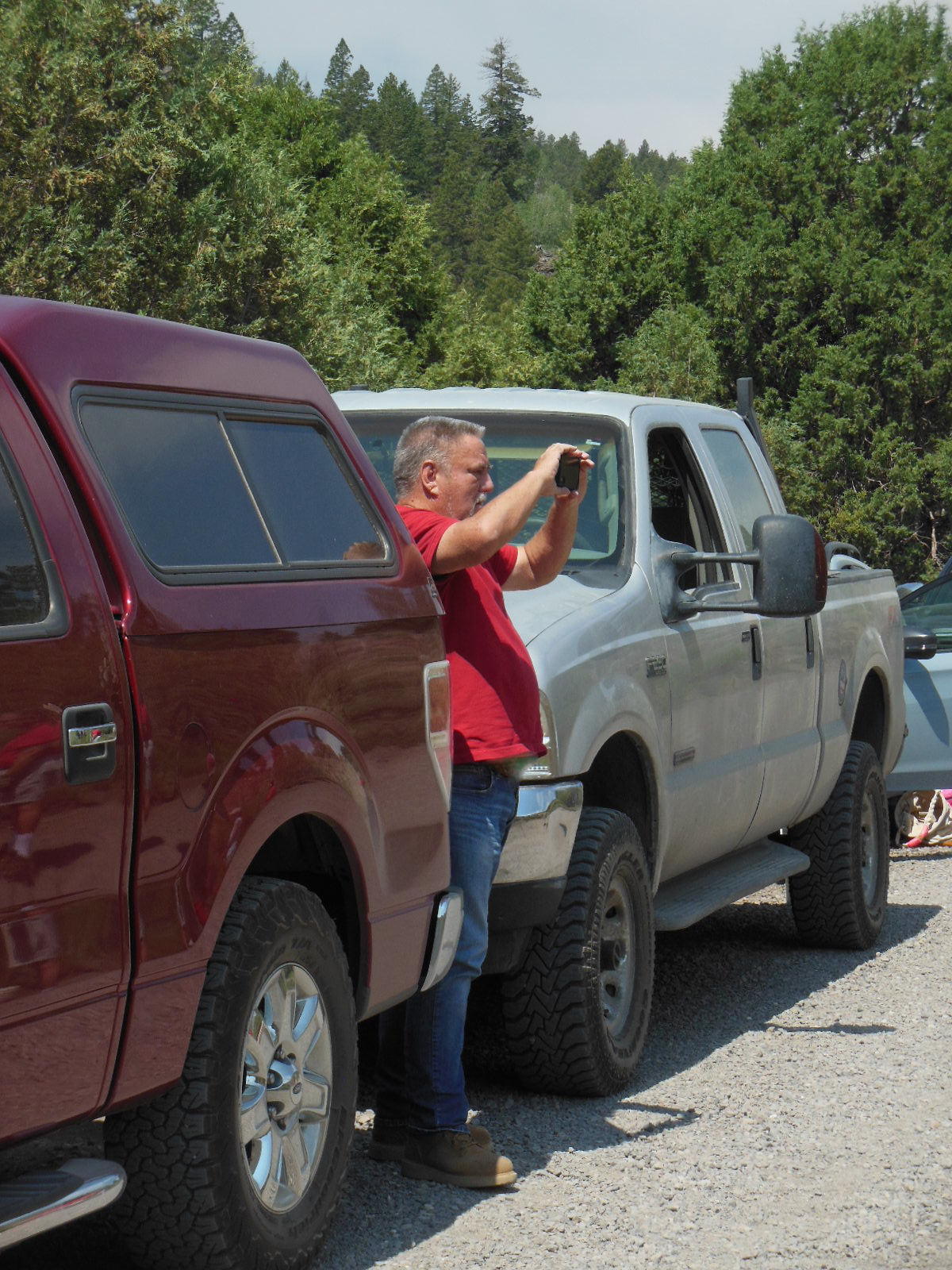 Thanks to all who joined us and thanks to Chopper for coordinating SNGMS members.  We’ll join them later this month on a trip to Pioche.  Join both clubs for the ultimate rock club experiences.