It began in the late 1800’s.  Before Oregon made it a state holiday, the tradition of publicly honoring labors’ contribution to society was established by the workers themselves.

The first Labor Day Parade in New York City was held on Tuesday, September 5, 1882.  400 members of the Bricklayers Unions No. 6 led the parade, all dress in white aprons.  Proceeded by the only marching band, the members of the Manufacturing Jewelers Union march four abreast, wearing derby hats and dark suits with buttonhole Boutonnieres.  They all carried canes resting on their shoulders.

The IJWU was a service-oriented union.  Its members included those employed in the retail jewelry trade as diamond cutters, watchmakers, crystal and dial repair professional, optical technicians, and dental assistants.

IJWU members subsequently formed the International Jewelry Workers Union which was founded in the late 19th Century and chartered by the AFL on September 17, 1900.  Their relationship with the AFL was rocky from the beginning, resulting in the merger of the IJWU and SEIU on July 1, 1980. 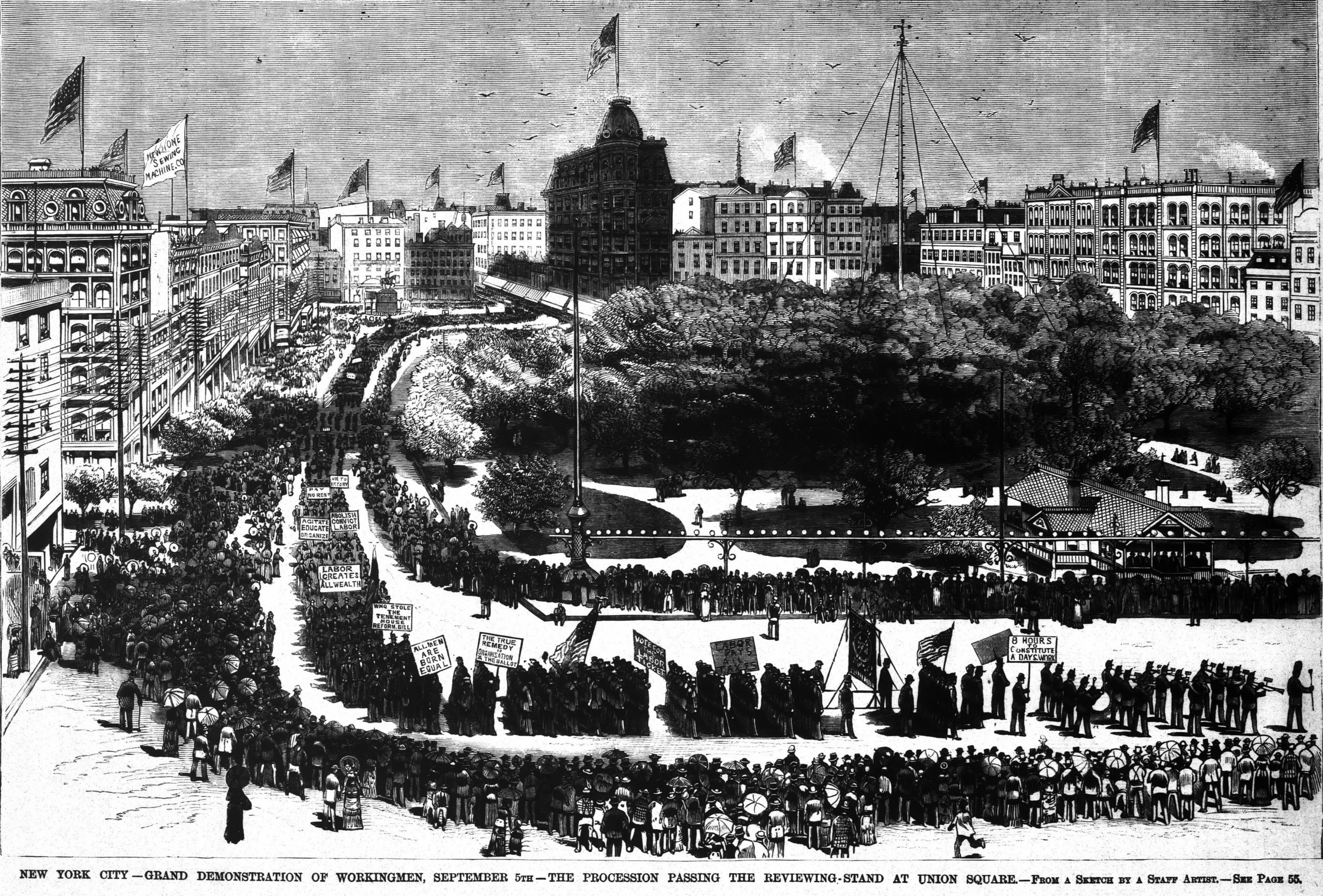 Oregon was the first state to honor their workers with legislation.  Congress made it a national holiday in 1894, making the first Monday in September a legal holiday.  President Grover Cleveland pushed for Labor Day legislation to appease the workers at the Pullman Company out on strike.  The railroad lowered it’s workers wages but did not reduce the fees charged for rent, gas or water in the company town where they lived.

Labor Day parades happen every year all across the country.  That was the intent of the legislation – show the strength and spirit of the workforce. Picnics and outdoor gatherings with food and beer continue to bring laborers together each year.

The Iron County Labor Day Parade is part of the County Fair celebration the same weekend.  You can find details of events at their website.